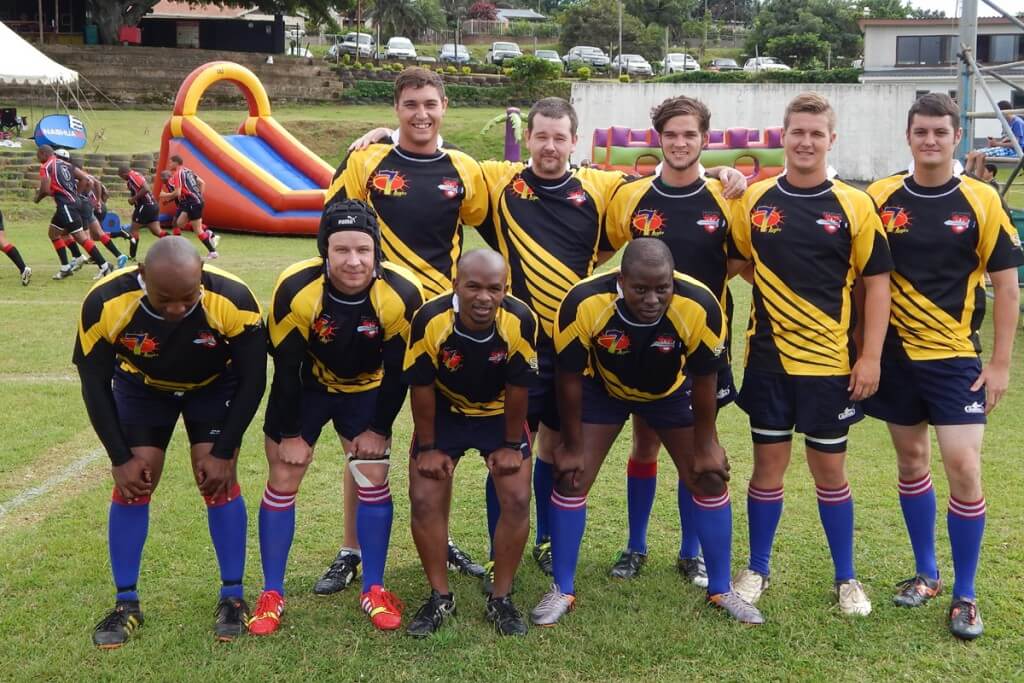 Started last year more as a means to hone skills and up pre-season fitness levels, the Nashua South Coast 7s tournament was such a great success. The shared success in turn-out and atmosphere for 2014 reassured fans that the South Coast 7s tournament would be a green for GO in 2015. A selection of 16 teams entered this year, fans were able to watch 44 games, all in one day! A special thanks from all players to Clive Mclean of Nashua, for the sponsorship and contribution to the Warriors rugby.

So what is 7’s in the Rugby world exactly?

Sevens is very similar to regular rugby. The differences are that in sevens each team has three forwards and four backs. Each half is seven minutes long, with a two minute half-time break. And lastly, only five substitutes may be used. Some believe that the key to winning at sevens is to have patience, a good combination between speed and strength, team work and of course.. a great defense.

This year’s tournament marked yet another huge success. The Nashua Warriors were crowned Nashua South Coast Sevens champions following an action-packed day of rugby at Douglas Mitchell Sports Grounds on Saturday. The second annual Sevens spectacle.
Warriors first XV coach and event organizer, Christo Henderson shared the following, “The event was once again a major success. The standard of rugby was excellent and made for great entertainment, and the support from the community was awesome. We as a club were well represented and our boys showed they are ready for a big season. Thank you to Nashua South Coast and Clive McLean for their continuous support as well as to our other team sponsors Status Panelbeaters, Fidelity and Margate Sport School who helped to make the competition such a success.” 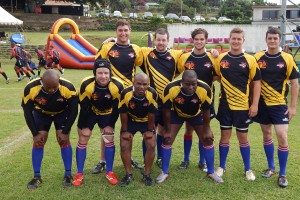 Looking great in there champion gear, Stud rugby does it again. A huge congratulations to our fantastic team!