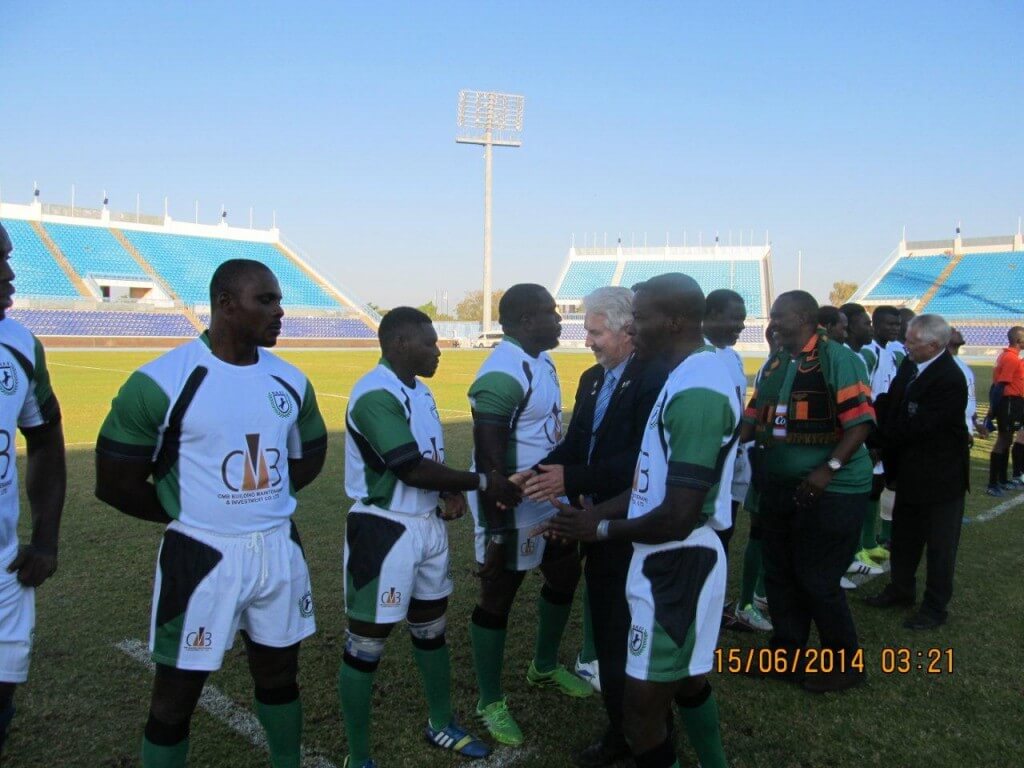 Another one of our great teams…. The Nigerian squad, made up of 24 players, selected from various countrys such as Nigeria, South Africa and the UK. The Nigerian National Rugby Union Team represent Nigeria, in the sport of rugby union. With Rugby being a growing and developing sport in Nigeria, Nigeria have thus far not qualified for a Rugby World Cup. They have however competed in qualifying tournaments. Nigeria tried to qualify for the Rugby World Cup, for the first time in 2007.
Unfortunately they lost to Senegal (6-48) and Cameroon (8-18), and were sadly eliminated. Their greatest success to date has been in the Africa Nations Cup 2013, where they beat Mauritius 63-3. Providing this great team with a renewed confidence and eagerness to really start rising to the up and up in the world of Rugby.
The Nigeria Rugby Football Federation has set all in motion to consolidate the tremendous new achievements recorded in 2014. With this new found BOOM in their play coupled with a renewed confidence in the game, Nigeria aims to, with the support of various sponsors, make a new entrance to this year’s Rugby scene. As per the words of the President of the Nigerian sport federation, Sir Edward Pam Fom, when last interviewed stated “We want to maximize our seven series in Nigeria, embark on periodic high performance training which will start in February. We want to do our utmost best to get the best quality out of the players we have onboard.”
Here at Stud Rugby, we have taken a keen interest in what seems to be a real up and coming team. Stud Rugby have supplied, the now Black Stallions, with all their team gear, for several years now, from Rugby Jerseys to socks.. from shorts to their jumpers…. giving this great team, an awesome and most comfortable, fit and look. Keeping our eye on the ball… And the Team… we look forward to what 2015 has in store for Stud Rugby and the Nigerian National Rugby Team.