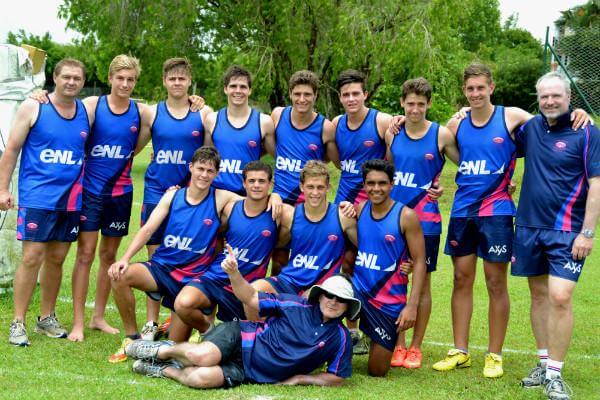 The players and management of the Mauritian Barbarians U18 7’s team are deeply grateful to all who assisted in enabling a Mauritian team to participate in the prestigious Emirates Dubai U18 International Invitational 7’s Tournament, in December 2014.

Back in Mauritius after an awesome tournament in Dubai, the U18 International Invitation Tournament was won by the superb French Academy Team 28 – 7 against the Zulu 7 from KwaZulu Natal in South Africa. The Mauritian Barbarians did well in coming second, in Pool B sector, reaching the Quarter Finals and finishing inside the top eight in this elite tournament. The tournament included teams from France, UK, Australia, South Africa, Russia and Belgium. The Mauritian Barbarians beat both teams that eventually contested in the Plate Final. As a team we are truly proud of the passion, performance and rugby skills that were displayed.

All in all a very creditable performance by our Mauritian team, exceeding everyone’s expectations. Positive comments were received from referees, opposing coaches and the organizers of the tournament.

These young men outdid themselves! A spectacular and brilliant performance, making these young men a credit to the team and to the good name of Mauritius. A small band of vocal Mauritian supporters cheered them on from the touchlines, waving Mauritian flags. However… the biggest vote of thanks and gratitude goes to our sponsors of our Coaches’ Golf Shirts. Without our superb and efficient sponsors, like Stud Rugby, the team would not have experienced this amazing reality. We trust that you will find a testament to the kit provided by Stud Rugby in this adventure…. We sure hope to be able to continue with Stud Rugby in future years, providing us with the amazing team kits!