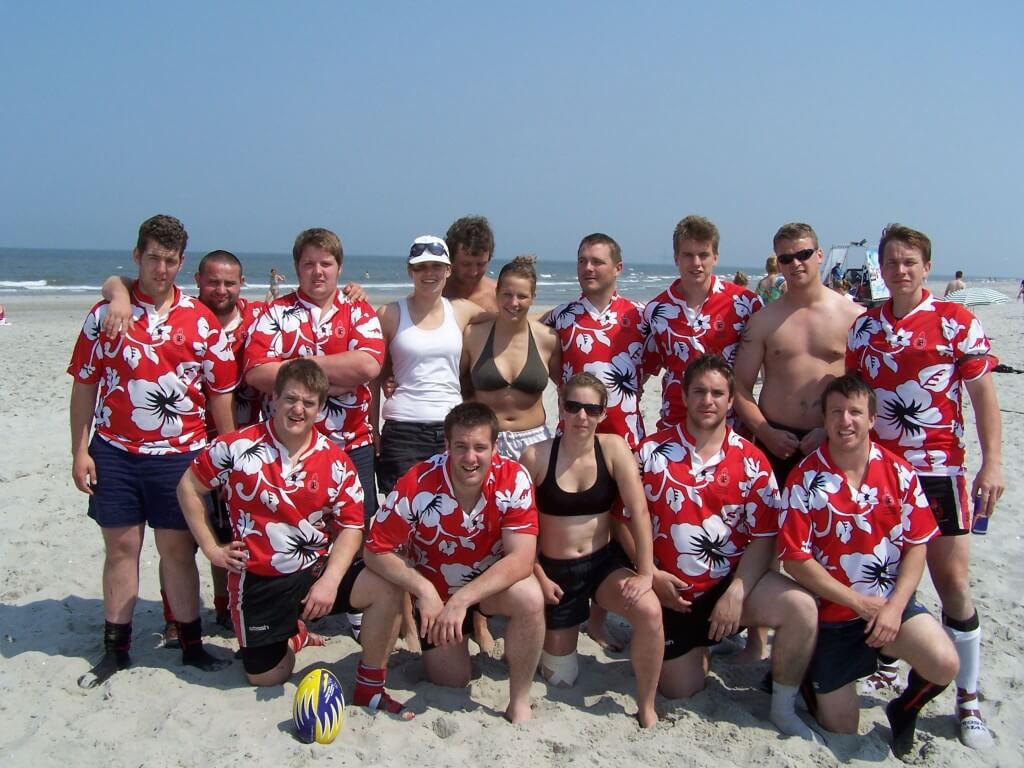 The Crowborough Rugby Club designed the simple red and white Hawaiian print jersey design for their beach rugby tour shirts. Crowborough Rugby Club was established in 1937 after a letter appeared in the Kent & Sussex Courier early in 1936. Written by Geoffrey Cornford and Roland Hill it informed readers of a proposal to establish a club in the district. Years later the lads are on the beach in Hawaiian print shirts – who would’ve thought!

Beach rugby is a sport that can be based on either of the rugby football codes, league or union. There is no centralized regulation of the sport as in beach soccer or beach volleyball, but festivals are becoming very popular.

The Hawaiian print shirt can be customised in many ways with a variety in prints and colours on our online kit designer.